This is a portrait study of one of the artist’s best friends from Secondary School. Phillip Butah told me it was not done as a specific portrait, but as a study in portraiture’.

The artist chose Peter because he wanted to capture in one head study the combination of a quiet, reflective personality with  an underlying intelligence.  He told me that the task with this particular drawing experiment was to make  both the darkest and lightest points of the portrait (the eyes and the diamond ear stud) suggestive clues to the character of the individual: a shy, retiring exterior hiding a sharp mind.

With limited means at his disposal  – just two pastel colours and some coloured paper “ the artist brilliantly succeeds in his purpose. The two reflections of light off the shrubbery behind, and the two reflections off the forehead are effortlessly related to the whites of the eyes and the glinting light around the two lenses of his glasses, helping to create a compositional order and balance in a casual scene. 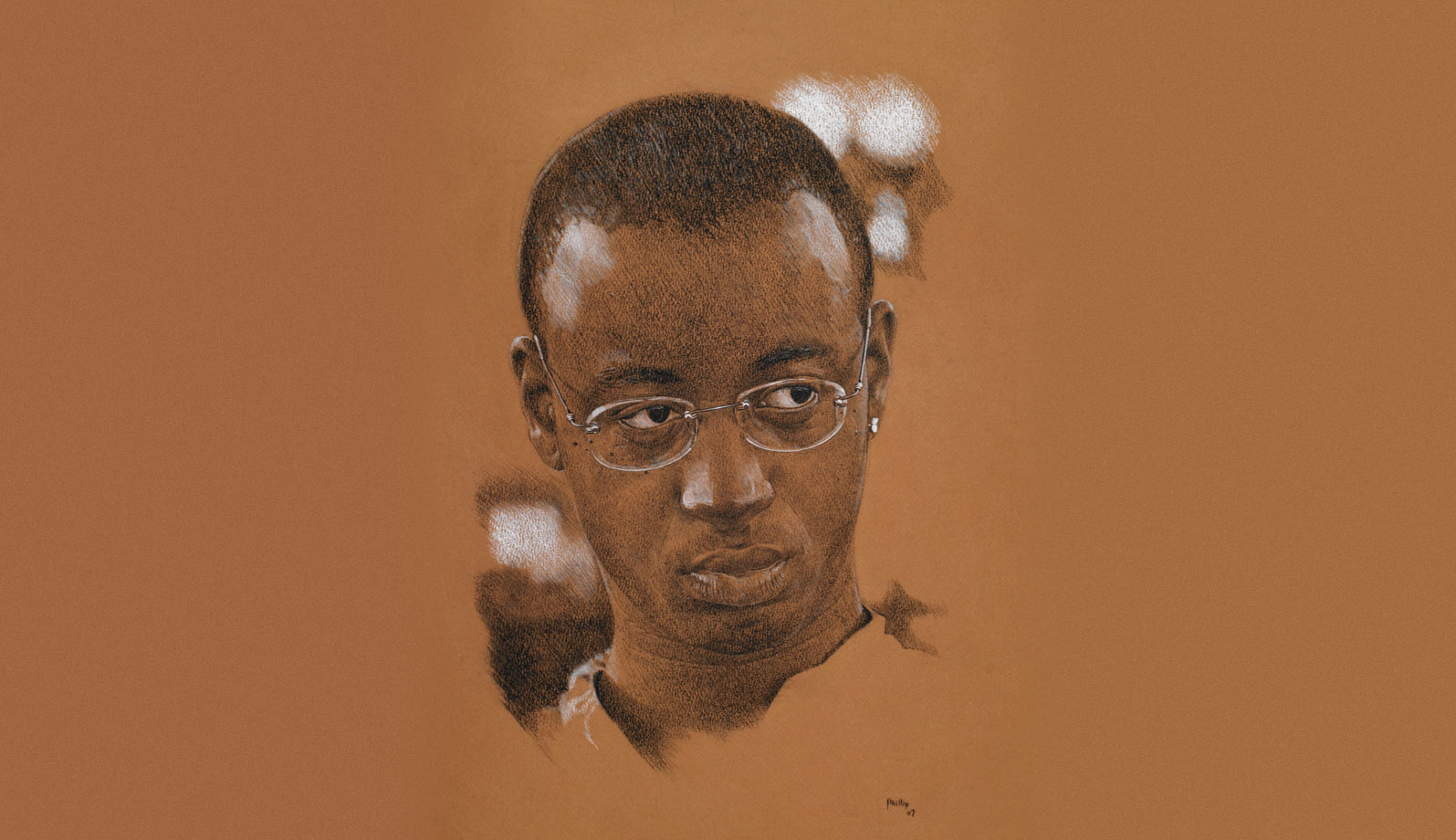